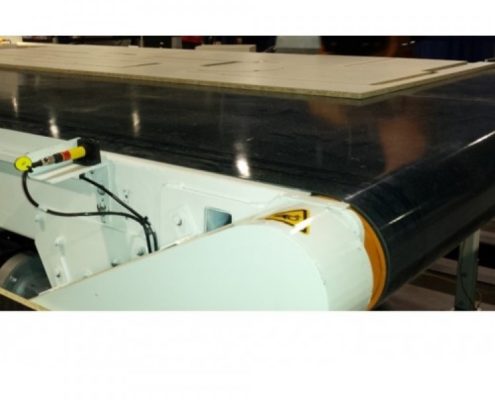 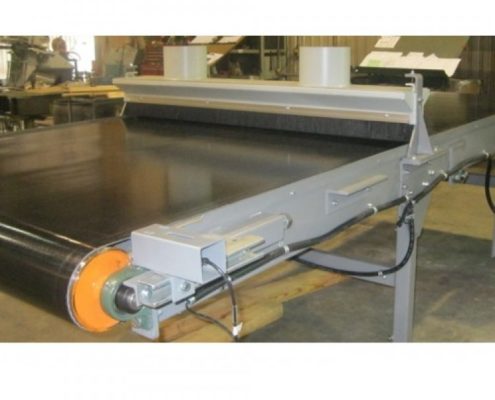 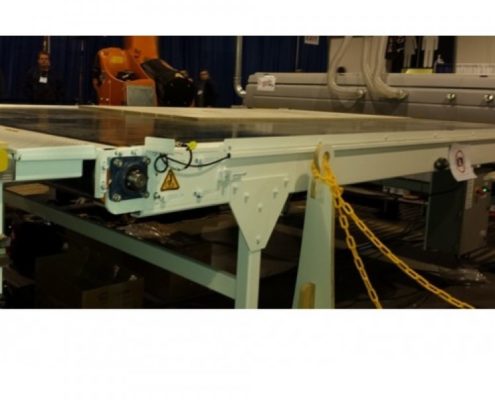 The ANC Nesting Conveyor can be placed at the end of any CNC router which has a rake system to push off finished panels. It is equipped with sensors that automatically engage the conveyor as the panels exit the routing table. The conveyor continues to move until the panels reach the end and trigger the sensors at the end. The operator then is able to remove and stacks the panels, and as this is done, the conveyor drives forward the next panels in line, until all have been removed and the conveyor resets for the next batch of panels.

It requires no direct connection to your CNC router. Simply set the conveyor feed speed to match your CNC’s rake off speed, and go.